Treasures of the Boyne Valley 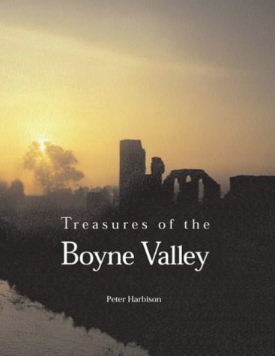 In the book Treasures of the Boyne Valley, Peter Harbison an archaeologist and historian, traces the River Boyne from source to sea, covering human habitation from pre-history to the present day. The River Boyne flows through the rich limestone land of Co. Meath. Its combination of fertile soil and navigable access to the sea has ensured that it has been inhabited continuously from the end of the Ice Age.

Peter Harbison's book discusses the history of the Boyne Valley, the landscape, the peoples who have left their imprint on the region since pre-history, the houses and monuments, the battle sites and all the other aspects that make it such a rich source of interest.

Events and people are featured such as the Battle of the Boyne in 1690 and important figures from the area including the writers Mary Lavin and Francis Ledwidge.

The highlight of the book is of course the three great Stone Age burial sites at Newgrange, Knowth and Dowth. The book also covers the history and archaeology of the Hill of Tara, Trim Castle and Mellifont Abbey.

National and Historic Monuments of Ireland 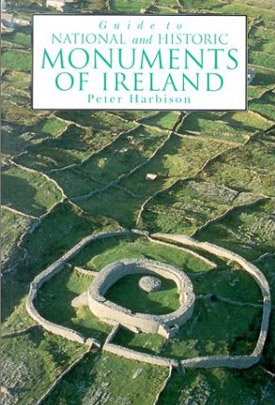 Peter Harbison is an archaeologist and historian. The author of many books, including the definitive 'Guide to the National and Historic Monuments of Ireland', now in its fourth edition, he was for many years the editor of Ireland of the Welcomes, the principal periodical publication of Fáilte Ireland the Irish Tourist Board. He is the leading authority on Irish high crosses and is a former vice-president of the Royal Irish Academy, Honorary Member and Professor of Archaeology at the Royal Hibernian Academy and an Honorary Fellow of Trinity College Dublin.

Since its first publication in 1970, the 'Guide to the National and Historic Monuments of Ireland' has introduced countless thousands to the archaeological riches with which the Irish landscape is endowed. Detailed plans and reference maps, reconstructions and illustrations enliven the text, which describes all the monuments in close detail. A comprehensive introduction places these monuments within the context of Irish history.


The Medieval Castles of Ireland

The Medieval Castles of Ireland by David Sweetman. Blarney Castle, Bunratty Castle and Dublin Castle are three of the most recognisable and well-known castles in Ireland but how many of us really know why and how they were built and who lived in them? There are many castles dotted throughout Ireland and each one has its own story to tell, its own history to reveal. More ...