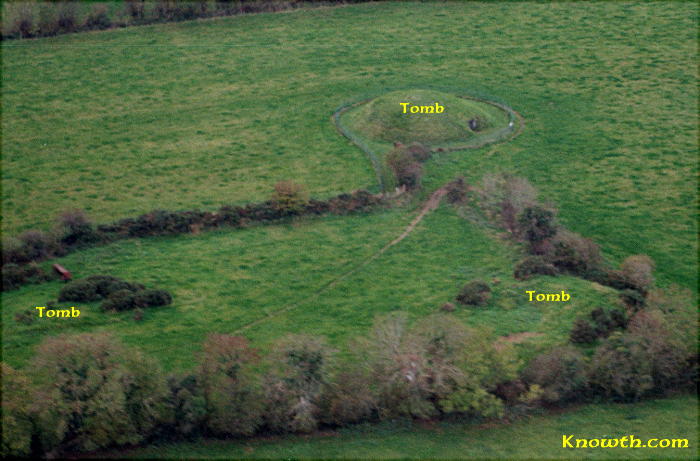 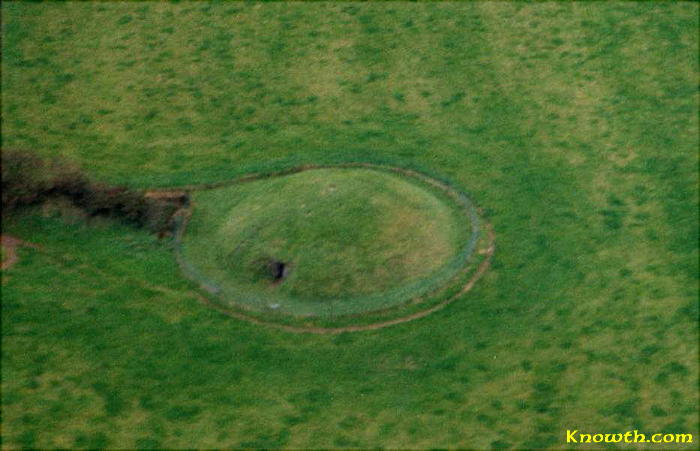 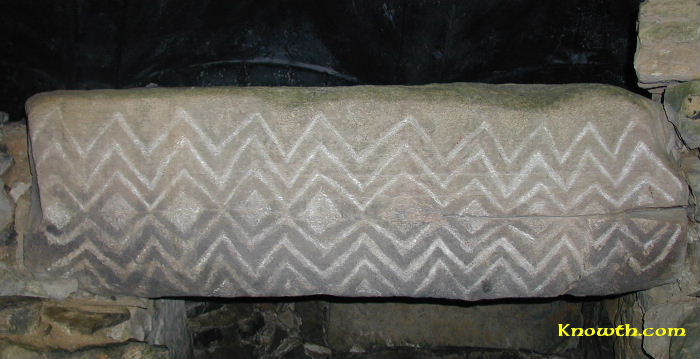 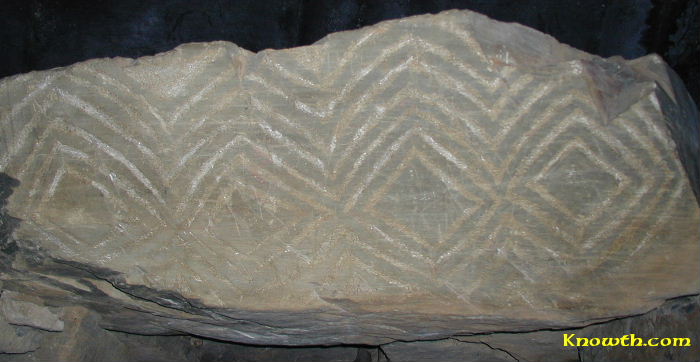 Decorated stone in the Fourknocks chamber, west of the entrance - 160cm x 30cm 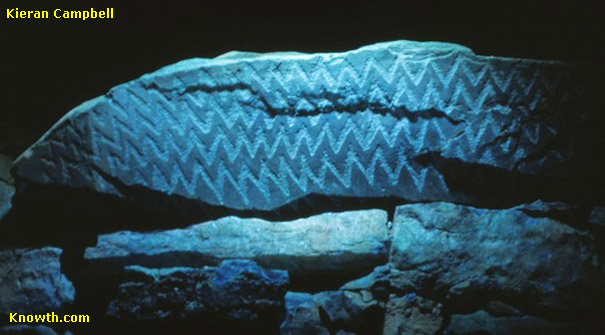 One of the decorated stones at Fourknocks 1, excavated by Hartnett in 1950. This lintel was found collapsed at the junction of entrance passage and central chamber. Replaced on the chamber wall, it is lit by a shaft of natural light through the concrete dome of the restored tomb.

There is no visitors centre and often no one else around to disturb the peaceful atmosphere. Spend as long as you want inside the chamber, studying the wonderful megalithic art or in quiet meditation. The engraving of a human face and torso on a stone in the chamber is one of the oldest anthropomorphic representations in Ireland.

Fourknocks was constructed about 5,000 years ago and is contemporary to Newgrange and the other passage tombs in the Boyne Valley. It is located 16km (10 miles) southeast of Newgrange. The name Fourknocks is from the Irish Fuair Cnocs meaning Cold Hills.

Fourknocks has a short passage leading into a wide pear shaped chamber with three smaller offset chambers. The original roof was probably a wooden structure supported by a central pole. The current concrete roof was constructed in 1952 at the end of a two year excavation. Fragments of 65 burials were found in the tomb, both cremated and unburnt remains of adults and children. Decorated Pottery and Vessels and personal ornaments including pendants and beads were also found. All of the items found were moved to the National Museum.

The entrance to Fourknocks is too far north to have a solar alignment, however the Fourknocks mound is aligned with the path of Winter Solstice sunrise towards Newgrange. During the stone age the passage at Fourknocks was aligned with the helical rising of the "W" shaped constellation of Cassiopeia, perhaps this accounts for the dominance of W shaped zig zag megalithic art at Fourknocks.