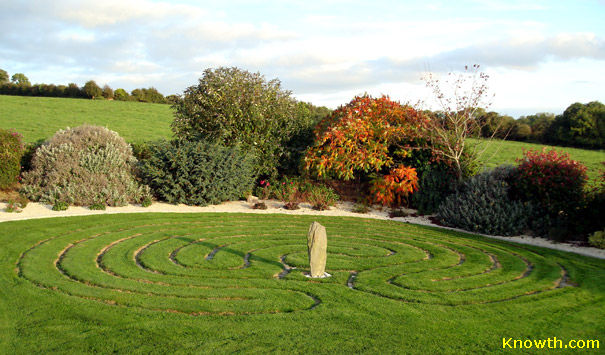 Labyrinth in my garden, glowing in the Autumn sunset (see the long shadow from the standing stone). The design is a classical seven circuit labyrinth. The centre was changed so that there are no straight lines, like the entrance stone at Newgrange. 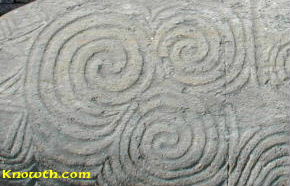 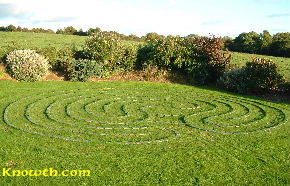 The labyrinth design resembles that of the carvings on the entrance stone at Newgrange. 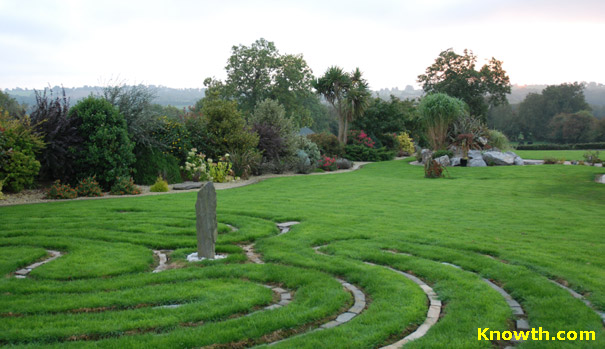 Looking west at sunset on an October evening.

Labyrinth after a fall of snow, the only significant snow for the winter of 2005/2006. 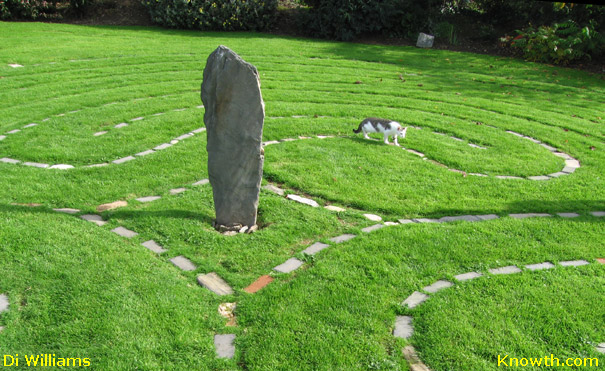 Holly the family cat, my regular companion when walking the labyrinth. 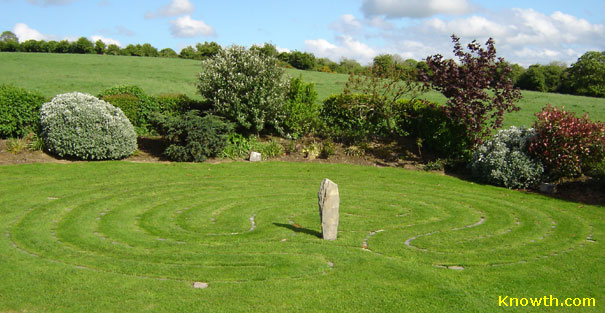 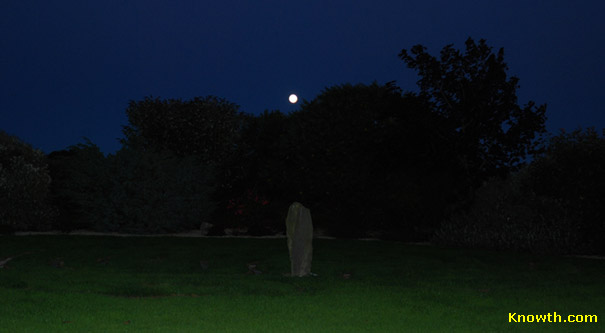 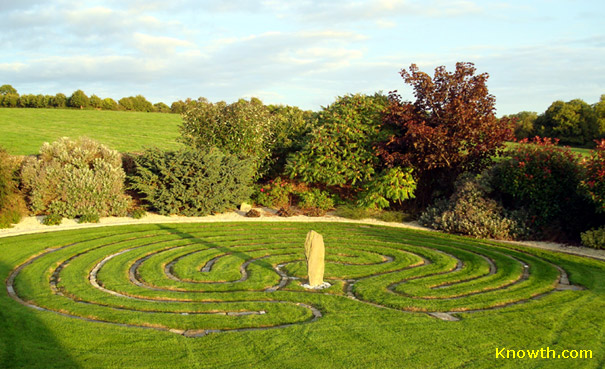 Labyrinth at sunset - September 17th 2010. The Labyrinth is aligned east/west so the shadow from the standing stone is nicely centred, close to its equinox position. 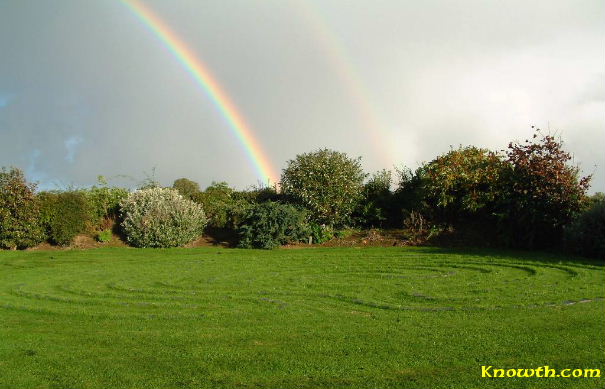 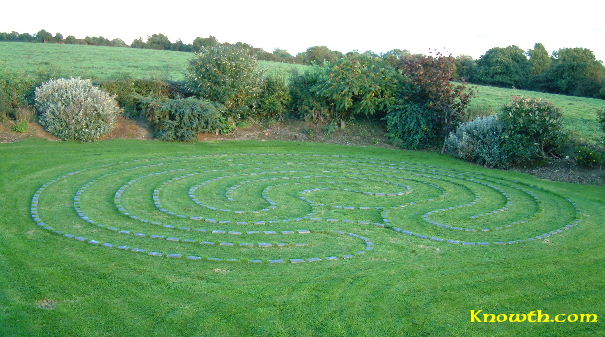 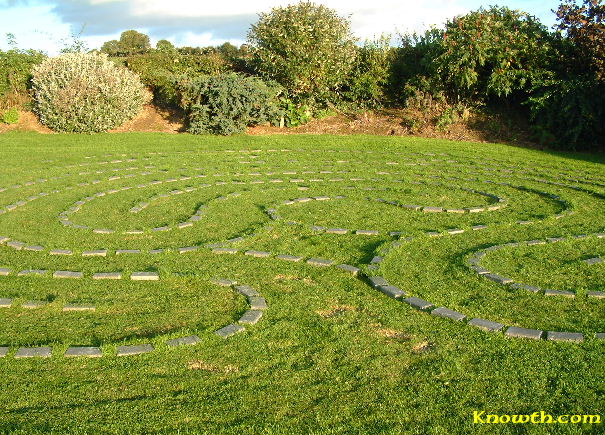 Close up of the labyrinth entrance.