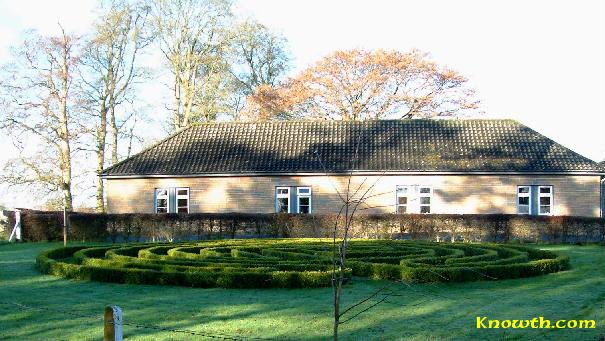 Labyrinth at the An Tobar retreat house in Ardbraccan, Co. Meath, Ireland. 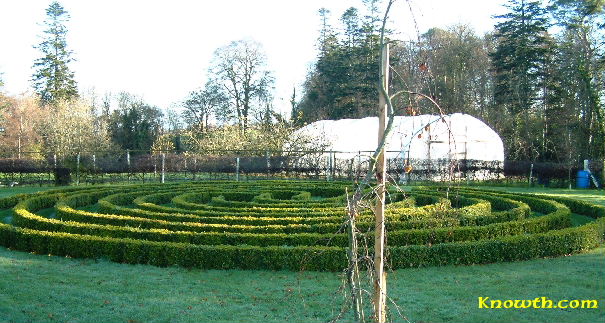 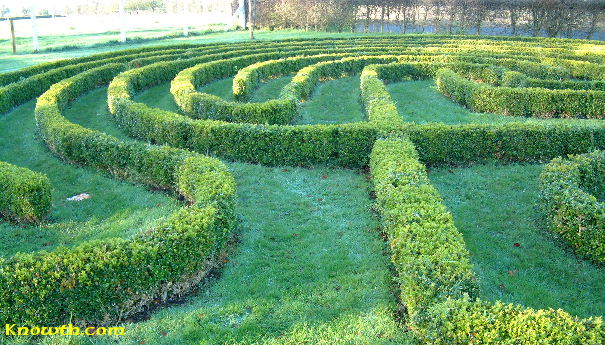 Box hedge and grass on a bright frosty November morning.

On Saturday, July 16th 2005, a number of labyrinth enthusiasts met at An Tobar to celebrate the First National Labyrinth Day. In 1988 Fr. Michael Kane, director of An Tobar, had taken a training course at Grace Cathedral, San Francisco and on his return, with the help of Martin Dier had created a Cretan labyrinth in the grounds, using box hedges. Since then, the many groups who come to the Centre have been introduced to the labyrinth and some have been inspired to create their own.

The various forms of labyrinth have a long history, stretching back thousands of years. As a primeval archetype it occurs in many parts of the world and in almost all religious traditions. It is found in Egypt, Greece and Rome from 1300 BC onwards. It would seem to have found its way into Christian symbolism only in the second millennium, AD. The most famous is in the floor of Chartres Cathedral and dates to 1220. Further large examples are found in the cathedrals of Sens, Arras, Amiens, Reims and Auxerre.

Their proliferation seems to have been linked to the fall of Jerusalem to the Muslims at the end of the Crusades, which led to the merits and indulgences to be gained by pilgrims to Jerusalem being transferred to walking the labyrinth in an interior pilgrimage. The custom fell into disuse in the 17th and 18th centuries but is now being revived across the world, in response to the growing felt need for a spirituality to counter the materialism and chaos of our time.

As an archetype, the labyrinth represents the road of life: our inner and outer journeys. It’s path spirals inwards towards the centre. Unlike the maze, there is no possibility of getting lost. It is an individual journey but as we pass slower or are passed by faster walkers or meet those returning we realize that we are never alone. On this sacred path we can experience God walking with us and see life’s events as a pattern of curves rather than a straight line. On some stretches we seem to be going away from the centre and must trust that eventually we will reach our heart’s desire.

The labyrinth is a journey:

We began our day at An Tobar by sharing how each had come to the labyrinth and what it meant in our lives and the lives of others. Fr. Michael Murray then led us on an hour-long journey to the centre of the labyrinth and back accompanied by the music and simple steps of a contemplative sacred dance. We shared our thoughts and feelings and then enjoyed a picnic lunch. It was a glorious summer day and the Meath landscape was looking its royal best.

After lunch Martin Dier led us on a Four Elements labyrinth walk. Fr. Michael Kane was to have brought us through a seven chakra walk but time was running out so we spent the time remaining discussing what the labyrinth is all about and ways in which it can be used for growth and healing. The day ended with a visit to a ruined 14th century church in Rathmore where we saw one of the two medieval stone-carved labyrinths in Ireland. The second is from Hollywood, Co. Wicklow and is in the National Museum. Padraig Leonard 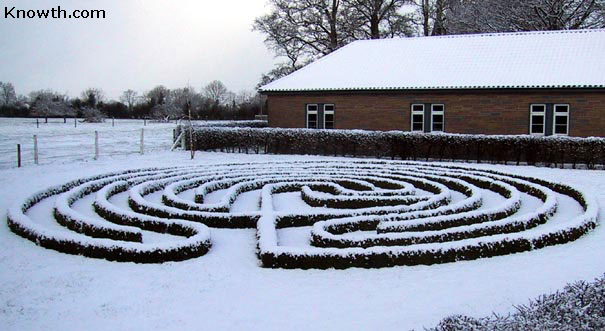 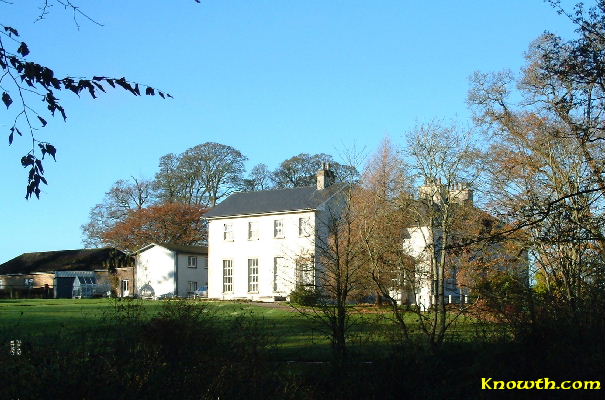 Ardbraccan - a peaceful setting for a beautiful labyrinth.