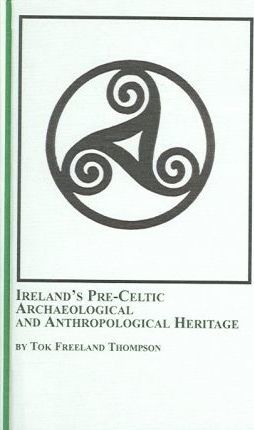 This book published in 2006 challenges current trends in thinking about Ireland and Celticity. Drawing on a wide range of disciplinary outlooks - including Archaeology, Folklore, Linguistics, History, Genetics and more - the author asserts that the pre-Celtic people's cultures, and their contributions to traditional and modern Irish life, have been vastly under-appreciated. This work seeks to understand why this is so, and to redress that balance by partaking in an investigation of the evidence as well as by demonstrating how that evidence has been constructed. The author does not assume a priori neither the "invasion" hypothesis of Celtic people and cultures, nor the "immobilism" hypothesis which states that the idea of the Celts is a recent one, unconnected to actual peoples in the past. The result is a detailed study into the varied processes involved in the creation of the past, and a new, if perhaps controversial, picture of "Celtic" Ireland. 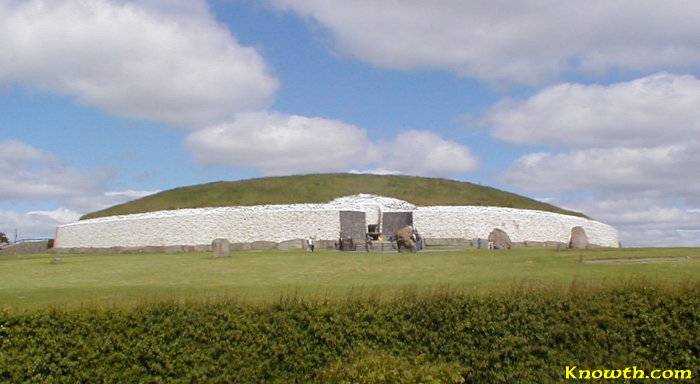 "In Ireland, the construction of the earliest monuments is dated to about the 4th millennium B.C.E., although it should be emphasized that they remained culturally active for millennia after their construction, and indeed continue to play an active role in traditional folklore and folk culture in Ireland today." Page 118.

"If Jackson saw a window onto the Iron Age in the Ulster Epics, my own view would include a much deeper temporality for the sí tradition and strong links to pre-Celtic peoples. It is these peoples, their efforts, religious outlook, and their stories, that comprise the largest share of folklore in Ireland." Page 124.

"The word sí originally referred to the megalithic mounds and the spirits were known as Aes Sídhe, or the people of the mounds. Many of the sí sites named in the early written accounts can be traced today to specific sites with megalithic remains. In Modern Irish, the word sí has two main definitions: "mounds" as well as the "spirits of the mounds."" Pages 115-116.

"The sí tradition is one of the most extensive of Irish folklore, and the one most often connected with notions of pre-Celtic peoples. In the Old Irish anecdote De Gabáil int Shídhe ("The Taking of the Sí"), among other tracts, the Gaels, after conquering territory, needed to establish treaties with the people of the sí to legitimize their claims. Sims-Williams is in agreement with Carey that the word sí is likely to be of pre-Celtic origin. Koch sums up the situation by stating that "The Irish síd tradition is thus a deflected continuity in which the Megalithic Age is accurately connected with mysteries of sun, moon, and eternity." Page 116.

"If the ancients had hoped that their monumental work would survive the passage of time, perhaps they would be pleased to know how well they succeeded. Up to six thousand years after being built, the enculturated megaliths remain an active element of Ireland's heritage. The sí tell a story of truly ancient peoples and cultures, who, contrary to popular opinion, never entirely disappeared from the Emerald isle, and today are a prominent part of Irish identity." Page 156. 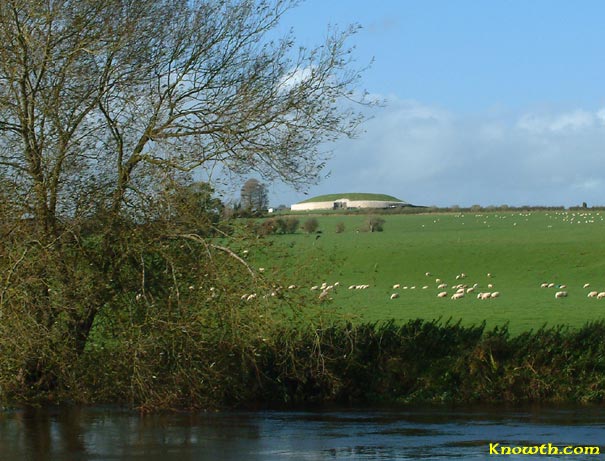 Newgrange is arguably one of the finest monuments of European pre-history.

"Dr. Thompson brings a fresh outlook to his subject, which is essentially an investigation of Gaelic prehistory. He draws on a wide range of sources, both primary and secondary, in several fields of scholarship. He has lived in Ireland and learned the Irish language; consequently he is able to describe contemporary Irish-speaking society with sensitivity and enthusiasm ... The author is to be congratulated for drawing our attention to such a fascinating field of scholarship and for tackling so many of the problems that confront us there."
Iain Mac Aonghuis (John MacInnes),
Retired Lecturer,
University of Edinburgh

"This will be a controversial book, but that is the fate of big arguments which offer big challenges to common assumptions. Its originality lies in its integration of evidence from modern ethnography, ancient and modern history, and archaeology, a blend of evidence that makes it difficult to dismiss as simply special pleading from a single perspective. [Dr. Thompson's] reassessment of Irish prehistory and its cultural appropriations shows promise of furthering a productive dialogue among philologists, folklorists, anthropologists, historians and scholars in cultural studies."
Professor Daniel F. Melia,
University of California, Berkeley

"This book constitutes a unique contribution to an area of study and research which is much spoken of but is rarely the subject of courageous and imaginative treatment ... In view of the increasing demand for more minute knowledge of the total background to Irish heritage and the desire by many to partake in that heritage, the inclusive nature of this book will be highly valued. Many of the interpretations given will help generate further debate, and I have no doubt but that the book will become an important element in Irish discourse over a wide plane ..."
Professor Dáithí Ó hÓgáin,
University College Dublin, Ireland

"Dr. Thompson has written a fascinating scholarly monograph of the pre-Celtic heritage of Ireland. I believe Thompson has been highly successful in achieving his stated goal. Thompson uses a multidisciplinary approach to try and get behind the official discourse on Ireland, drawing upon a number of disciplines to get as compete a picture as possible. Thompson has added an important voice to a better understanding of Ireland's Gaelic pre-history. His book will be used by scholars working in this field for years to come." Dr. Ruth Ragovin,
Peer Reviewer, the Edwin Mellen Press