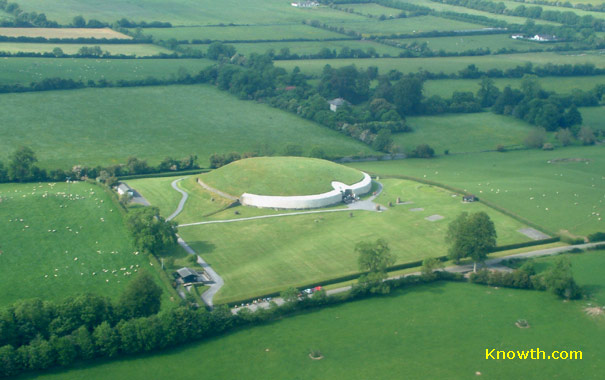 Newgrange Megalithic Passage Tomb was built about 3200 BC. The kidney shaped mound covers an area of over one acre and is surrounded by 97 kerbstones, some of which are richly decorated with megalithic art. The 19 metre long inner passage leads to a cruciform chamber with a corbelled roof. It is estimated that the construction of the Passage Tomb at Newgrange would have taken a work force of 300 at least 20 years. More... 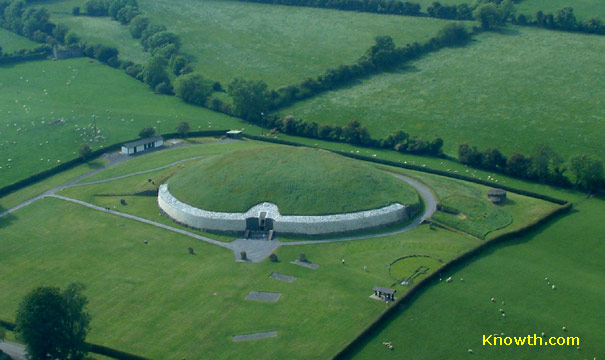 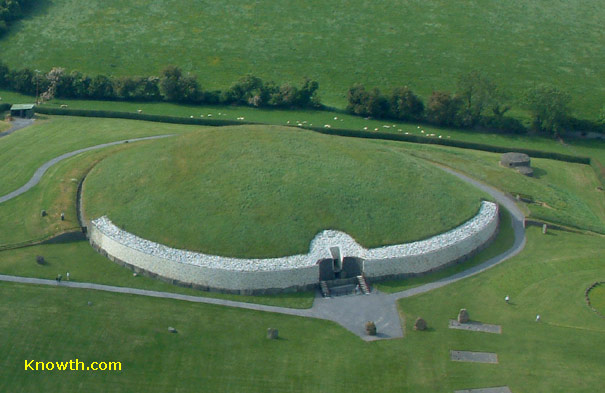 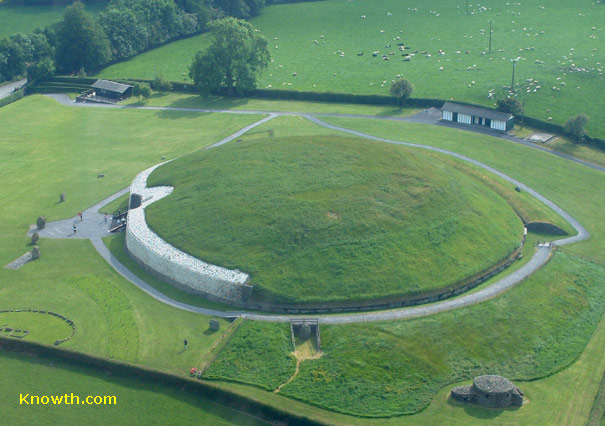 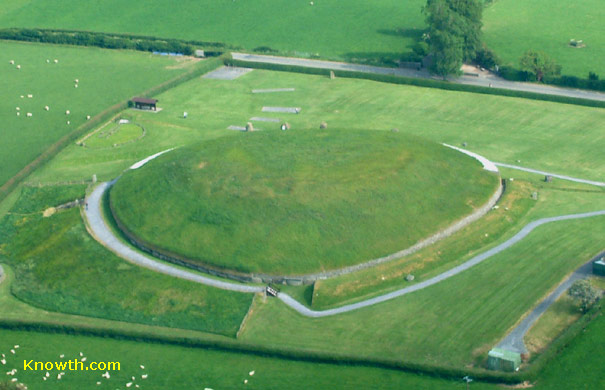 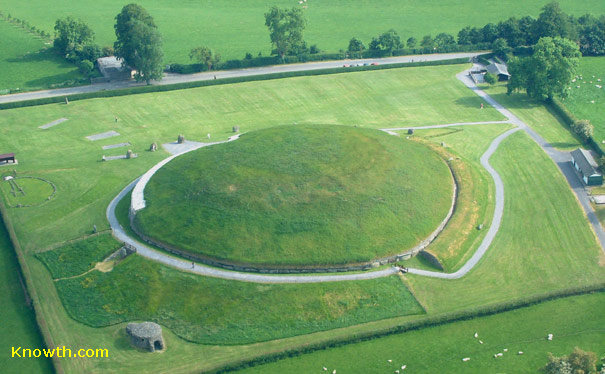 Newgrange is the best known Irish passage tomb and dates to about 3,200BC. 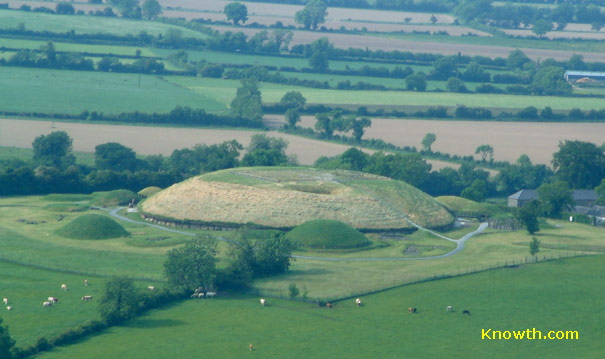 Knowth was built over 5000 years ago, probably after the construction of Newgrange and before the construction of Dowth. The Great Mound at Knowth is similar in size to Newgrange and is surrounded by 18 smaller satellite mounds. The Great Mound has two passages with entrances on opposite sides, the western passage is 34 metres long and the eastern passage is 40 metre long, ending with a cruciform chamber. More... 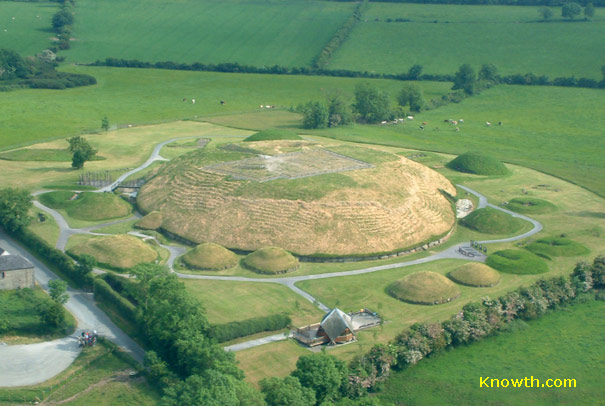 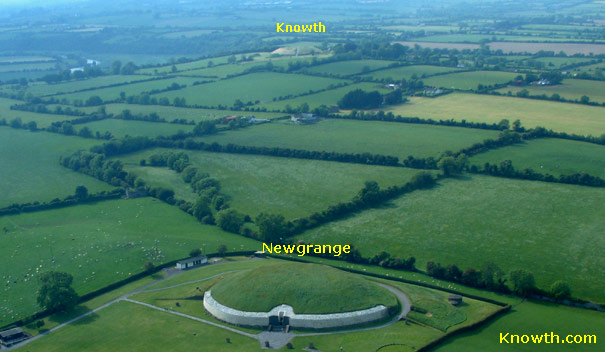 Newgrange with Knowth in the background, Boyne Valley, Ireland. 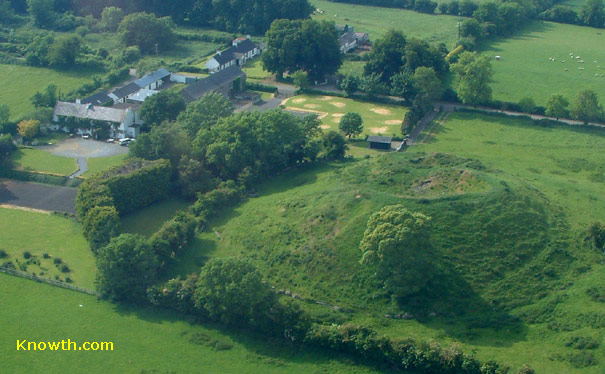 Dowth the Fairy Mound of Darkness is about the same size as Newgrange and Knowth and was built in the same period over 5000 years ago. The mound was subjected to a very unprofessional excavation in 1847, two passage tombs were discovered but the mound was severely damaged in the process. The passages tombs are much less spectacular than Newgrange or Knowth with shorter passages and lower roofs. More... 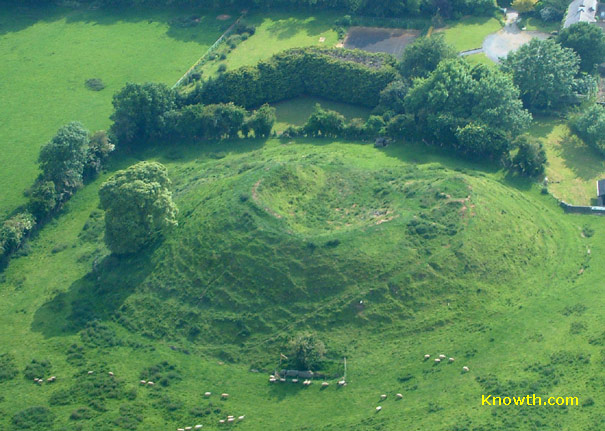 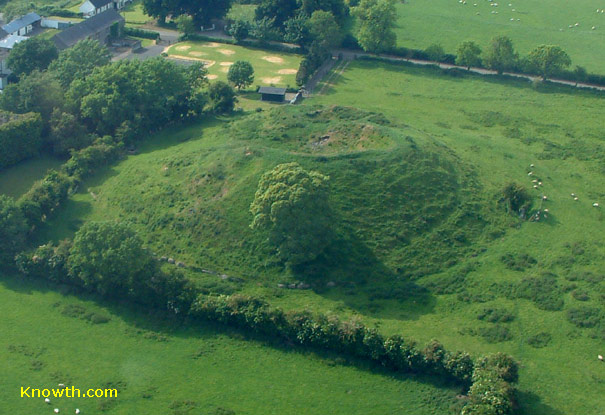 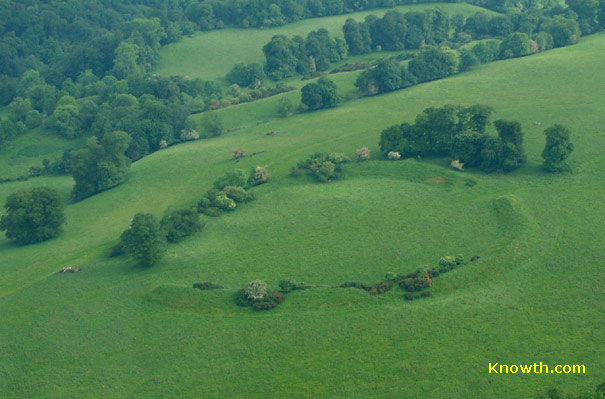 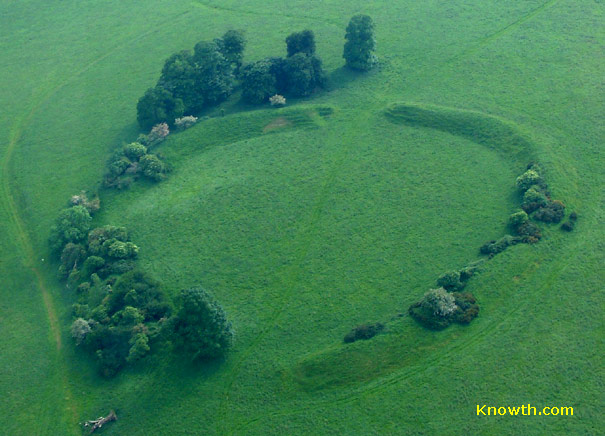 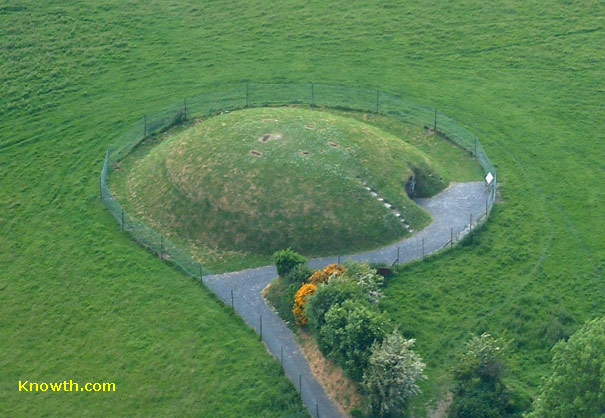