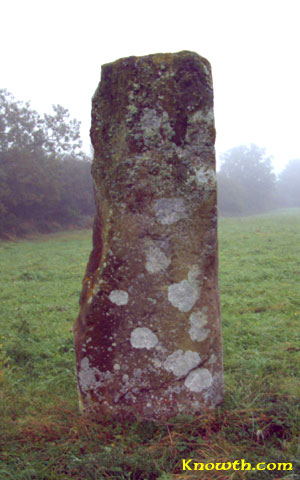 The Decorated Stone at Kingsmountain is 4km from the Loughcrew Cairns on Carnbane East. The stone is 2.5 metres high and is said to have been a roof lintel from a megalithic tomb that stood on the site.

The stone is situated in a field about 40 metres from the end of a narrow lane. It is possible to drive up the lane but when I visited the site in September the brambles had grown out quite far on the lane.

The Kingsmountain Standing Stone is listed in the Archaeological Inventory of County Meath under the category 'Megalithic Tombs' as follows:

"Erect stone ornamented wth passage-tomb art. Conwell recorded that this stone formerly covered a chamber filled with bones in the centre of a mound." 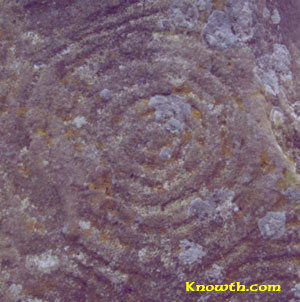 This spiral is 40cm in diameter and is the largest and most defined spiral on the stone.