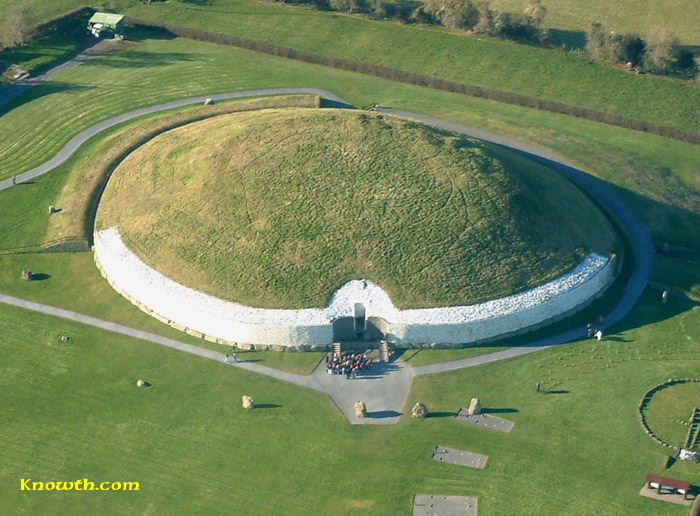 Spirit Mound - A Novel of Ancient Ireland by by Richard F. Fleck

Spirit Mound, Spirit Mound
rising high above the River Boyne
with dark and narrow entrance
etched in sunny swirls
awaiting yearly winter solstice
whose rays of light awaken
spirits deep within the mound
who spiral through the Irish sky
like swirls of bees humming
over rolling fields of clover.


Spirit Mound is a novel that focuses on the building of Newgrange burial mound 5,000 years ago in periglacial Ireland when ancient tribes gathered in the Boyne River Valley to form a communal alliance consisting of the wheat tribe, the heron tribe and the wolf tribe, who were farmers, fishers and hunters. Oonah, chief of the wolf tribe, receives visions to build a spirit connector in which ashes of the deceased were to be placed in an inner chamber. There, during each Winter Solstice, the sun's rays would energize the spirits to come forth and communicate with the living up to our own time. Three generations of tribesmen completed the construction of Newgrange, or Brú na Bóinne. Oonah, his son and grandson all communicate with much later humans, including a Roman centurion and later an American Indian visitor, each on a quest for spiritual unity.

Preface to SPIRIT MOUND: The author has created a companion to 'Clearing of the Mist', both set in Ireland and both depicting tribal cultures whether in ancient Ireland or of Native America. While the two novels are separated by 5,000 years in time, they both focus on the perpetual human quest to be free and to heed the powerful guiding light of deep inner convictions. Both novels deal with the external dangers of superimposed thought control. Both novels do have interlinking Irish and Native American characters of modern times.

SPIRIT MOUND proved to be a challenge to write in that there is no anthropological record of what the Neolithic cultures were like which built the great Brú na Bóinne or Newgrange burial mound near present-day Drogheda.

From what the author was able to determine, Ireland apparently had modest residual glaciers in the mountains of County Down 5,000 years ago.

Frost heaves or pingos stretched southward as far as the Lakes of Killarney. Perhaps these prehistoric people made use of the ice to transport the large entrance stones some sixty miles away. Were these tribal people of the old Boyne River Valley polygamous or monogamous? The author guessed that they chose the number of mates based on need and comfort. Some perhaps had only one mate, others of the tribal community may have had three or four.

As for their spoken language, the author could only assume that it was pre-Indo-European and sounded nothing like modern day Gaelic, he conjectured that three tribes ultimately forged a primal union of community: hunters (the wolf tribe), fishers (the heron tribe), and farmers (the wheat tribe).

The overcoming of individual rivalries and tribal jealousies led to the lengthy and arduous task of constructing Brú na Bóinne a spirit connector of all living beings with past spirits. In other words, the author believes that the Brú was and is a spiritual vortex.

Readers of CLEARING OF THE MIST will notice that both the Mountains of Mourne and Brú na Bóinne play a role, though an oblique one, and that they play a prominent role in SPIRIT MOUND. The characters of Samuel Ravelle, Kitty O'Connell and her brother Michael are in both novels. It is the authors hope to compose a third novel called Beyond the Pale about Norman-controlled Ireland during the twelfth century, thus creating three interlinking novels. It, too, will have a similar theme of questing for spiritual freedom. 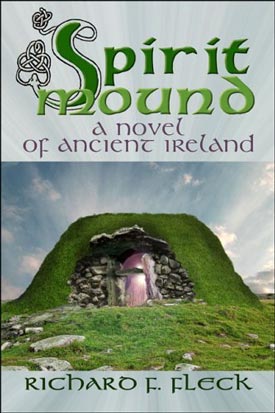 Richard F. Fleck is a retired English professor and author of the newly released, Spirit Mound: A Novel of Ancient Ireland Newgrange. Fleck was a tenured professor of English at the University of Wyoming and Dean of Arts and Humanities at the Community College of Denver. His published works consist of both scholarly publications as well as creative writing projects. Though Fleck currently resides in Colorado he has lived with his family in Ireland and visits there frequently.