The Caves at Newgrange Excavated 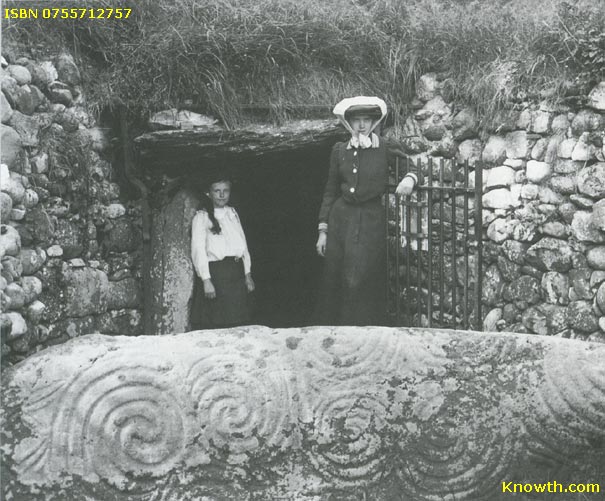 Archaeological excavations and investigations are at present in the course of progress at the Caves of Newgrange near Drogheda, that strange and ancient tomb in which legend tells us the Kings of Ireland were buried as long ago as 1500 BC.

Newgrange as Archaeologists know is the largest tumulus in Europe, Egypt being the only other place were monuments of similar antiquity are to be found. The present investigation is being carried on under the direction of that eminent archaeologist, Professor MacAlister and consists of digging about the base of the tumulus. This work has so far revealed oblong stones on which ancient and unfortunately undecipherable patterns and markings are worked in spiral, lozenge and other forms. One stone now resting on wooden supports has had all these patterns worked on it.

Plans have also been made, we understand to cut down the trees growing on top of the mount, as their roots have become dangerous to the ceiling of the tumulus and which it is feared have already damaged the chambers and corridors that are thought to exist but have never yet been opened. The further progress of work will be followed with interest by those with a penchant for probing in to the secrets of the past. 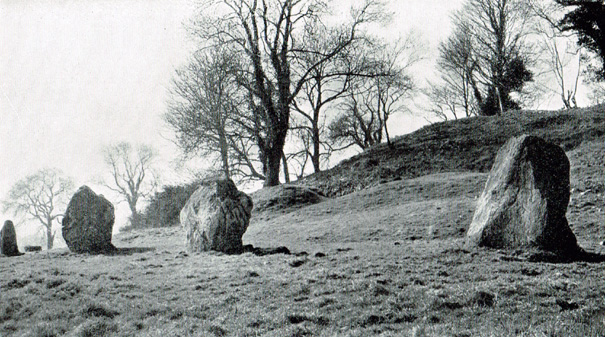 Newgrange photo by Seán P. Ó Ríordáin from his book Antiquities of the Irish Countryside